X410 supports Windowed Apps mode and it can be used to seamlessly intermix apps from Windows and Windows Subsystem for Linux (WSL). The following demonstrates a way to simplify managing Linux GUI apps and various UI settings with a minimal set of Xfce4 components.

We'll be using Ubuntu 18.04 from Microsoft Store but you should also be able to achieve a similar result with any WSL distribution by following the steps described below.

After installing Ubuntu 18.04, execute the following command line first to have the installed Ubuntu binaries and data files up to date.

There are numerous Linux GUI desktop environments, however, we're using Xfce4 for this article as it works well with WSL and its components can be individually launched.

When you install Xfce4 package, it also installs Xfce4 related components that are ineffective or causing unexpected behavior for WSL. You should simply remove the following packages: 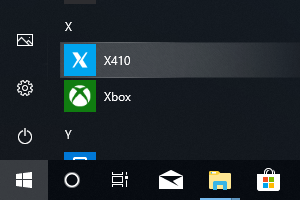 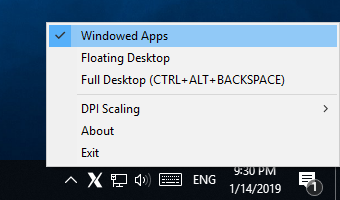 X410 can also be launched in Windowed Apps mode using a command-line switch from a Windows Command Prompt.

Xfce4 is comprised of many modules and when you launch "xfce4-session" or "startxfce4", it automatically loads them as needed. However, for our purpose, we only need two core components:

Execute the following command line to start the core Xfce4 components listed above.

STEP 4 Adjust the layout and app shortcuts for Xfce4 panels

When you first launch xfce4-panel, it'll ask you if you want to create default panels. When you answer "Yes", two panels are created; one for listing currently running apps and the other for launching installed apps. 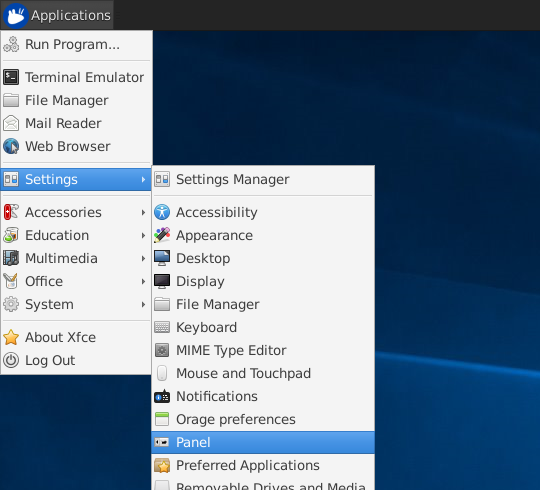 We deleted the first panel and moved the second one to the right side of the Windows desktop. We also made some changes to the shortcut buttons for the panel. 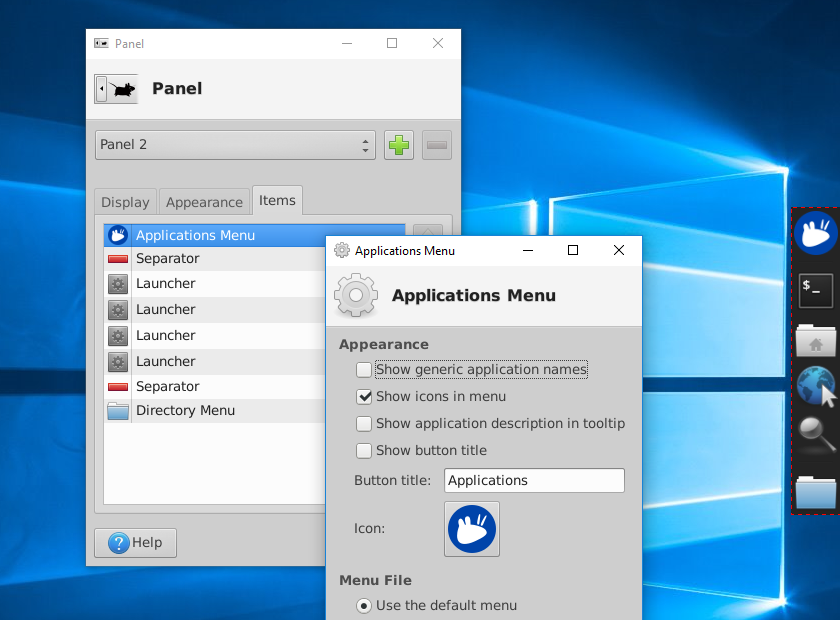 Please note that since we are not using xfce4-session, the "Log Out" menu won't work; you cannot close Xfce4 using a menu from the Xfce4 panel. When you want to terminate Xfce4, you can just shutdown X410 by using its "Exit" menu.

The following is a Windows batch file that launches X410 and Xfce4 components mentioned in the previous steps.

You can then create a shortcut for the batch file created in Step 5 and set its "Target" as the following (The "Start in" option for the shortcut should also be pointing to the folder where the actual files are located): 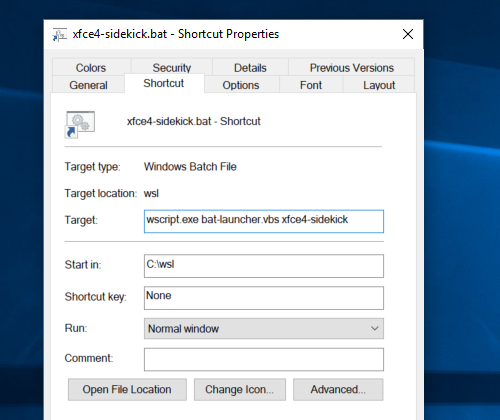 Do you want to automatically launch the script when you log in? Just copy the shortcut to the Windows "Startup" folder!

Your Linux sidekick is now ready for some action! 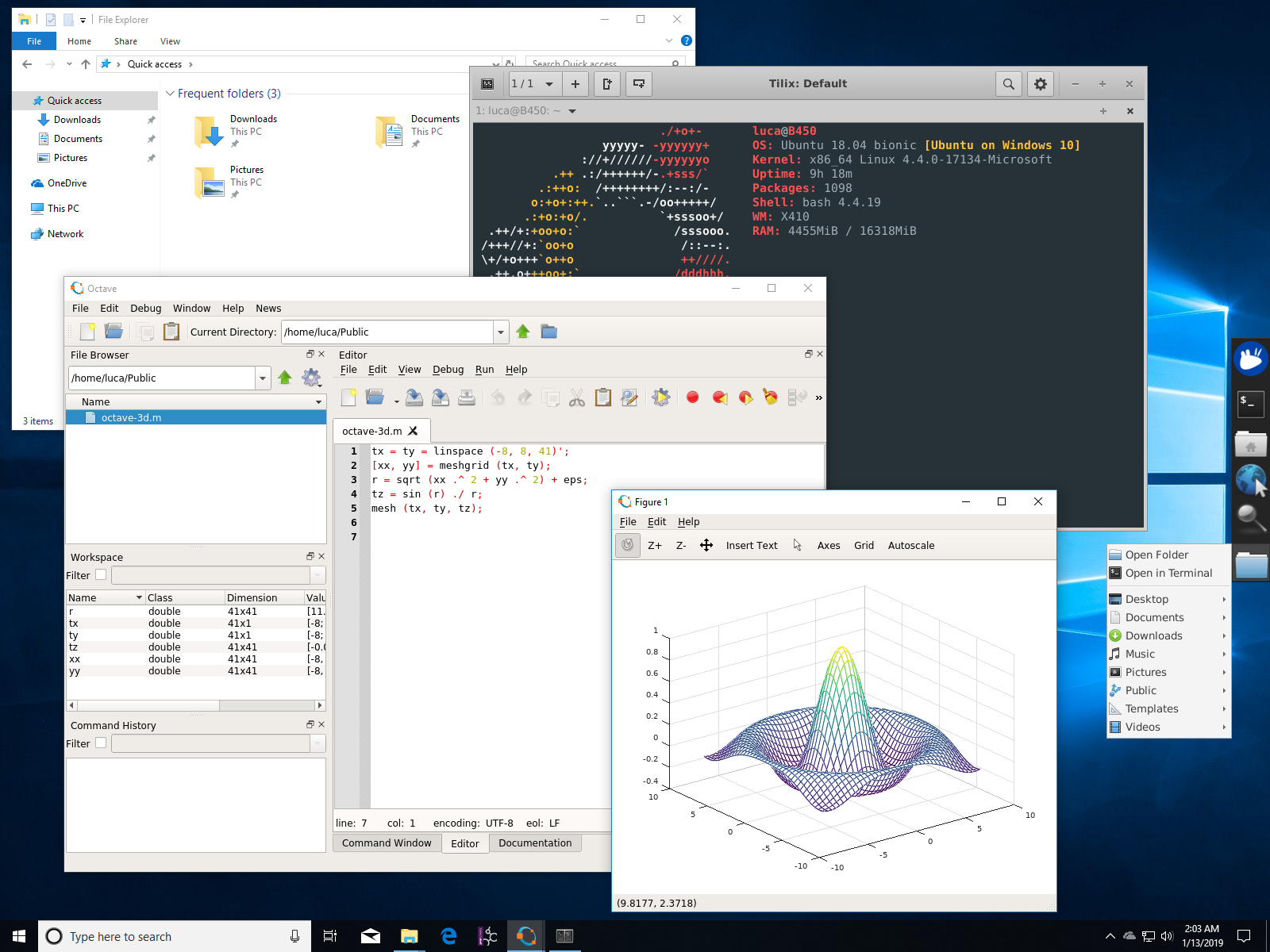